Out Of The Ashes by Arlene Hassan

I was about ten years old when the three-day week started in the early 1970’s.  There were endless power cuts and the electricity to homes, street lighting and non-essential business was often simply cut off.

At our house in Motherwell, in the shadow of the Ravenscraig steelworks, we had a coal fire, as did most of our neighbours.  Like them we could rarely afford to buy enough fuel to last all week, so everything in the house that could be burnt and was not essential would end up on the fire.

Much to my grief, during the worst weeks of the cuts the oil paintings by my stepfather, Joe, who worked at the steelworks, found their way onto the fire.  Joe was always the one to select the painting to be sacrificed and he would be the one who, without emotion, would snap it over his knee and place it on top of the bundles of rolled up paper and splinters of wood.

With no radio or television, and without sufficient light to read by, the entire family would usually go to bed in the early evening – our beds had been moved into the living-room as it was the only room with a fireplace.  To begin with, these evenings were a bit of an adventure for us children.  The two oldest would tell ghost stories while I, the youngest, would cling to my mother in fear.  But my parents, exhausted by the struggles of everyday life, just wanted to get to sleep; chatting was discouraged.

It was on one such evening that Joe put the last of his paintings on the fire.  I had hoped that things would improve and this painting would not have to be burnt.  It was my favourite. In my childish self-absorption it never occurred to me to think how it must have effected Joe.  The painting was of his oldest son as a toddler and he had no photographs of him at that age.  I was determined to watch every inch of that painting succumb to the flames.  As the rest of the family slept, I watched the yellow and red of the boy’s checked trousers mingle and melt into the rough side of the cheap hardboard which Joe had used as a canvas.

As I looked up from the flames I saw the dark outline of a man.  I caught sight of him picking up the clock and the ornaments from our mantelpiece and putting them into his coat.  I let out a cry and my parents awoke to see a close neighbour of ours standing among us, stealing from us.  Joe calmly told the old man to put the things back and get out.

The next day, the incident was not mentioned.  When the man passed my parents in the street, they exchanged a salutary nod as they always had.  My parents despised dishonesty but this man had been made redundant from the steelworks several years earlier and was struggling to bring up two small sons alone.  They had decided that he had been desperate and to take action against him (legal or otherwise) would only hurt the sons he loved.

Eventually electricity supplies, and life in general, returned to normal but Joe never picked up a paintbrush again.  Although in earlier times some paintings had been given to friends and neighbours who had admired them, to my knowledge none has survived.

From > In Your Own Words – Anna Murphy/The Sunday Telegraph

My friend very kindly loaned me a book called In Your Own Words, an interesting collection of stories told by readers of the Sunday Telegraph Magazine, I thought I’d share a couple of those stories with you this year.  Some are very amusing, but this story of childhood in 1970’s Britain during the power cuts was certainly no laughing matter.

I was a child at the time of the power cuts, blissfully unaware of how much some people were suffering during that time, this was an education to me as to how other people were affected.  I’ve heard of furniture thrown on the fire in desperate times, but never heard of art for fuel.  I wouldn’t have thought much heat came from one small skinny painting!  What a sad way to lose years of hard work.

I remember those days in the early 70’s when the electricity would just turn off without any warning.  Candles were always near by, ready to be lit, as the power cuts would often occur in the evening.  One of those cuts really stands out in my mind, as the lights suddenly went out, I over reacted and hysterically screamed.  There was something about sudden blackness that really freaked me out.

In an effort to calm my wild panic my Dad caught hold of me in the dark telling me everything was okay, pulled me towards the front door, opened it wide and pointed up at the moon.  It was a really clear sky, large bright moon, lots of stars, and most reassuring of all I could see my Dad standing next to me illuminated by moonlight.  Candles were lit, and I calmed down once I realised I hadn’t plunged into some kind of horrific Twilight Zone where everything I knew had vanished into a dark hole!

On those occasions we could no longer watch television or play records and could only listen to a small radio powered by batteries.  As soon as candles were safely in place, playing cards and board games would be brought out, and to make it more fun my Mum would disappear into the kitchen to make pancakes.  My shock was easily erased by yummy pancakes dripping with lemon curd or blackberry jam.

I realised while reading this story my experience of those electric cuts was idyllic, and turned into memorable evenings.  Very different from those who’s lives and jobs in one way or another were threatened by the power and coal strikes.  If you’d like to read more on those electric cuts, there’s a Wikipedia page all about it.

Does anyone else remember the 70’s blackouts in Britain, or possibly another kind of blackout, anywhere in the world?
.
.

Tiger Feet was a big hit in 1974, and I know my brother will be smiling watching this!  I remember him trying to teach me the dance they’re doing during that performance on Top Of The Pop’s.  But I was more of a ballet girl, I struggled with some of those moves!

It’s one of those songs where you need to be at a party, music loud, fairly drunk and preferably teenage memories of strutting that dance at the school disco – old time 70’s rockers!!

I was so pleased to find an image of the Old Maid card game on Pinterest, it was one of my favourite games at the time of those powers cuts, I haven’t see it for years!!  Do any of you remember this card game? 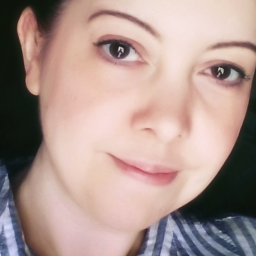 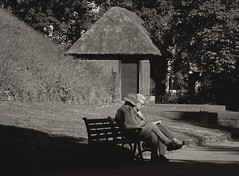 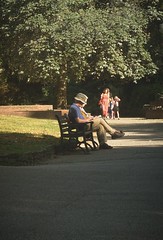 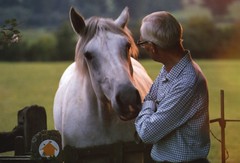 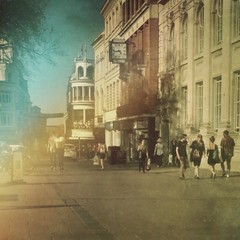 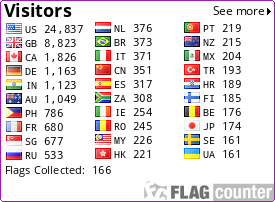